August 3, 2016 Written by The Copyright Detective 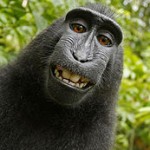 Naruto is not monkeying around folks!

The saga of the monkey Naruto’s copyright battle continues. This blog is about more than animal copyrights, however. Regardless of the outcome, there is an obvious lesson for all publishers in Naruto’s case and its appeal regarding the copyrights to the photos taken by the monkey. This case, (discussed below) although unprecedented because of its implications for non-human rights, highlights the fact that authors, bloggers, and publishers should take care in using photos taken by another. Only the individual taking a photo can own the rights to the photo unless they are “employed” by another entity to photograph. Because there are very specific limitations on how employers and employees are defined, publishers should do some research in determining ownership of photographs before publishing them.

And now for the latest on the monkey’s copyright case.

PETA (People for the Ethical Treatment of Animals) announced on its website this week that it has filed an appeal on behalf of Naruto, an Indonesian crested macaque, to the United States Court of Appeals for the Ninth Circuit. As we explained in a previous post, Naruto took selfies using a camera belonging to photographer David J. Slater. Slater left his camera unattended for a time and Naruto took advantage of this opportunity to snap some photos of himself. Slater claimed ownership of the photos taken with his equipment, and PETA sued Slater for infringement. A federal judge dismissed the suit, finding that a “non-human” cannot claim copyright in the US. As it happens, in the US only the individual who snaps a photo can own the rights to the photo. So Slater has been denied the ability to claim rights as well.

PETA, in arguing against the determination that being a nonperson disallows the ability to own copyright under US law, claims that US law allows corporations to own copyrights. PETA states, “The only requirement articulated by this Court so far is that the ‘author’ be of this world. And Naruto certainly meets that requirement.”

PETA is hoping to obtain the court’s permission to administer Naruto’s copyright. They plan to use the rights fees to benefit Naruto and his fellow crested macaques living with him in the forests of Indonesia.