September 16, 2016 Written by The Copyright Detective 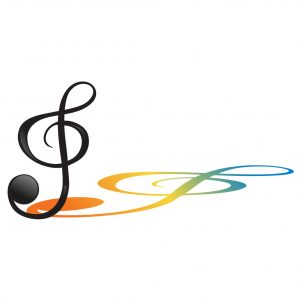 A new ruling by the Department of Justice (DOJ) will affect the process involved with clearing rights for copyrighted song lyrics. In response, the recently created (2015) Songwriters of North America (SONA) that represents songwriters sue the DOJ for depriving their members of their property without due process of law.

This organization has among its members songwriters who collaborate to write songs for performers the likes of Cher and Christina Aguilera. It represents songwriters like Tom Kelly. (He was a co-writer of the song “True Colors.”)

If you have read our blog Quoting Song Lyrics and Staying Legal, you have some idea of important considerations for writers using others’ copyrighted song lyrics in their works. We talk about when it is wise to include them and the complexities of obtaining permission.

Many songs are written by two or more songwriters. The two major performance rights organizations (PRO) that collect performance fees for these songwriters are ASCAP and BMI. In the past, songwriters have been free to belong to the PRO of their choice. The DOJ ruled last month that these licensing agencies must license 100 percent of a song. Songwriters say such government regulation adversely affects their ability to negotiate fees, leaving composers little control over the licensing of their works or the rates at which they are paid. This new ruling would make it easier for those of us who procure rights for copyrighted work in that we only have to request permission from one source. There are times we have to secure permission from as many as five rights holders. However, it may adversely affect the ability of the songwriter to collect his just due.

The SONA website has an FAQ posted about the suit. Although the SONA website does not post the actual suit, a secondary source indicates the lawsuit contends: “Under this rule—and contrary to the longstanding practice of the music industry—songwriters and composers who have collaborated together to write a song will no longer be allowed to license only their proportionate share of that work through the PRO of their choice.”

This controversial decision, if it remains in force, will likely make it easier for writers to secure copyright permissions but more difficult for songwriters to get fair compensation for their works because it limits their negotiating powers.